Next to a luxury resort on a beach in Jeju Island is a run-down cocktail bar called “Summer Guys”. The owner, and the only bartender of this establishment, is Oh Jin Dal Lae who has been barely making ends meet and very close to going out of business. On a hot summer day with the sun blazing overhead, three suspicious guys appear before her. These three end up becoming bartenders with a mission to save the bar. Three guys, one girl, and cocktails are a recipe for love. Jin Dal Lae finds herself in a blissful dilemma among them, but all three of the guys seem to have an ulterior motive. Why did these three come to Summer Guys? Why are they helping Jin Dal Lae? And, which of the three is her fated match? 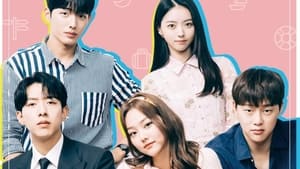